News and Curiosities from the world of Real Estate

TheThe story starts with a gothic mansion, all stone turrets and peaked windows, a fortress-like structure. The camera descends from a dark swirling sky to a full moon to finally frame the mansion. A male voice narrates Shirley Jackson’s famous opening lines from her 1959 gothic novel, The Haunting of Hill House: “Within, walls continued upright, bricks met neatly, floors were firm, and doors were sensibly shut,” he reads. We are told, from the moment we start the show, that this is a story about a house. And we are told that, while the house is sinister, it does have good bones.

As the seconds pass, we move indoors. Children sit awake in their beds, children wander the halls, and a father in respectable blue pajamas comes to comfort his crying, ghost-touched daughter. “How long do we have to live here, Daddy?” she asks. “Well, your mother and I have to finish fixing this house, and then someone has to buy it,” he replies. “Then we can go?” she asks. Then, he says, they can go.

The 2018 Netflix recreation of The Haunting of Hill House isn’t just a reinterpretation of Jackson’s novel; it’s also part of a long tradition of American homeownership horror stories. These stories begin with a place. The place is bad, uncanny in a Freudian sense (the Austrian psychoanalyst’s word for the uncanny was unheimlich, which literally translates to un-home-like), but the place is also beautiful. In Rosemary’s Baby, American Horror Story, Dream House, Sinister, a lovely old structure, built with care and architectural flourishes—not to mention good bones—turns out to be a living nightmare. Often, the movie centers around a young couple or a young family. They quickly become trapped. The price was a trick. People don’t own the house. The house owns them. Like mold, it gets inside the unwitting buyers. It seeps into their lungs, their dreams, their bodies and minds, permeating everything.

There are two different tales we tell ourselves about houses. The primary story is not about ghosts or demons or red rooms or ghouls, but rather about bright futures, long lives, children, grandchildren, and hard-earned success. The second story, the darker story, is about the horror of being trapped. Throughout American history, these stories have existed side by side. For people with the resources to buy in, one once felt more “real” than the other, but as we learned after the real estate crash of 2008, there’s truth to be found in both of them, especially for members of the cash-poor, dream-rich millennial generation.

Netflix’s iteration of The Haunting of Hill House is set in the 1990s. During this era, the primary power of homeownership was, in the words of then-President Bill Clinton, that it “strengthens families and stabilizes communities.” In a 1994 letter to Housing and Urban Development Secretary Henry Cisneros, Clinton emphasized his belief that homeownership was good for individuals, communities, the economy, and the nation. The following year, he released his National Homeownership Strategy, and at the ceremony announcing the plan, he called it a “big deal.” He said, “This is about more than money and sticks and boards and windows. This is about the way we live as a people and what kind of society we’re going to have.” Homeownership, according to conventional wisdom, was a path to a more stable, equitable future. It was emblematic of the American dream, the idea that, with enough hard work and honest labor, anyone could rise to the top. Anyone could own a four-bedroom brick house on a suburban backstreet with a tidy front lawn and a big yellow dog. Anyone could be successful. Anyone could be a CEO, a rock star, a president.

Of course, most of this equation was, from the beginning, a fantasy—as much a metaphor as the uncanny ghost that traps unsuspecting buyers in its cycles of suffering. But while ghost stories represent the unspoken things that we fear most (chaos, abuse, sex, death, love), the myth of the American dream represents what we say out loud, the version of ourselves that we project into the world. As Americans, we want to believe in a meritocracy, even though the educational achievement gap has been growing steadily since the 1970s. We want to believe that all citizens can access homeownership, even though we’ve seen a recent drop in homeownership rates exclusively among African Americans. We want to believe that successful people are successful because they are deserving or God-chosen, not because they inherited huge amounts of money, wealth that was often built from exploitation and oppression. Ghosts allow us to speak about unspoken truths; the American dream gives us a solid framework on which to hang flimsy lies.

The 10 tech companies that shaped the la... 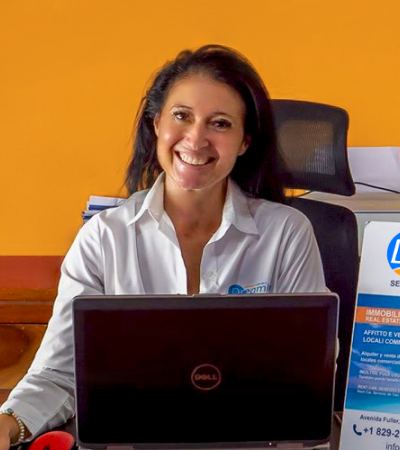 I am founder of Dreaming Caraibi. With 20 years of experience in the real estate sector I enjoy writing about home furnishings and real estate trends.